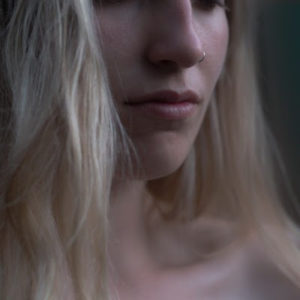 Molly Sterling is a young Dublin-based singer-songwriter writing dark and affective lyrics, wrapped up in grounding piano riffs, with a vocal that is overflowing with exposed emotion.

Her first release ‘Plain Static’ last Autumn marked her debut on the Irish music scene, and gained her inclusion in the likes of Hard Working Class Heroes 2017, Other Voices, and Whelans Ones to Watch.

In 2018 she’s performed at Irish music festivals including Forbidden Fruit, Sea Sessions, Dublin Quays Festival, Vantastival, and this weekend will be performing at Castlepalooza and Indiependence.

Her stunning second single ‘Stripped Down’, produced and mixed by Ryan Vail is released on August 1st on Spotify.

Ahead of that she joined Norma Burke to perform live on the Arts Show for the first radio play of the single and to chat about her work.