To the End of the Earth: The Irish Military Diaspora in South America – Ernesto ‘Che’ Guevara Lynch 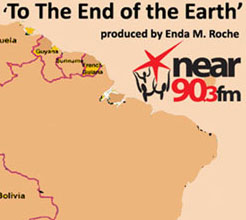 The 5th and last part in our ‘To the End of the Earth’ – documentary series focus on the life of one of the most iconic revolutionaries of our time: Ernesto ‘Che’ Guevara Lynch. We see that while some of the characters on the political stage over the past 3 Centuries have changed, some of the political objectives of the Irish Military Diaspora have not.

The ‘To the End of the Earth’ documentary series is produced by Enda M. Roche and is supported by the Broadcasting Authority of Ireland Sound & Vision fund.