We Can’t Have Monkeys in the House 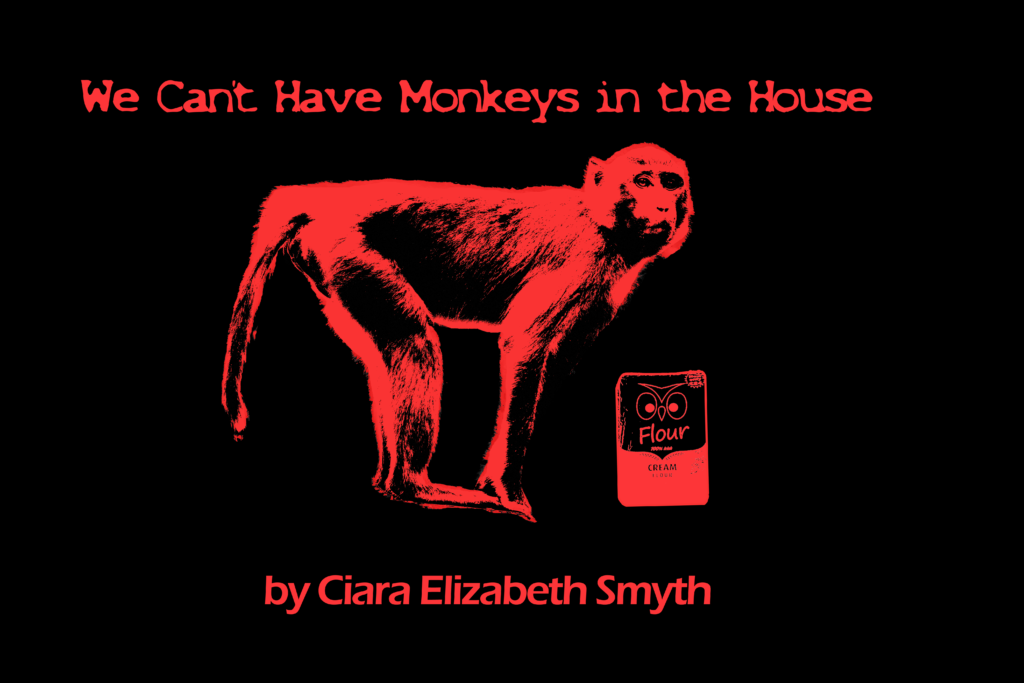 Concluding Near FM’s series of new audio drama written exclusively by women, we present ‘We Can’t Have Monkeys in the House’ by Ciara Elizabeth Smyth.

We Can’t Have Monkeys in the House is a dark, absurd comedy about a family divided by lethal maternal misogyny. Four sisters are reunited shortly after their mother has had a near fatal heart attack. Mammy is on life support and her daughters have to decide her fate.

Estranged daughter John returns to her Dublin home, following a 15-year absence working in Belfast. Her three sisters are all still living at home. The family now faces the dilemma of whether or not to turn off the machines that are keeping their elderly, dementia-suffering mother alive. Eldest sister Leslie has taken over the position of matriarch and is uncomfortably displaced by John’s return. Twins Cinnamon and Neil are in equal parts excited by John’s presence. An argument ensues over the merits of keeping their mother alive and answers are revealed to questions long forgotten.

The play is presented as an absurdist dark comedy told over 60 minutes. This is a comedy about family, featuring outlandish conflicts and bitter sibling rivalries, but it has a dark heart that beats insistently behind the laughs. The comedy is sharp and plentiful allowing the play to deal with heavy issues such as betrayal, injustice and inbred misogyny.