The Irish Latin American Connection is a 4 part series of programmes that looks at the experiences of Irish people who have in the recent past lived and campaigned for causes in Latin America.   We will examine their motives for travelling, their contribution to the countries they lived in and how these experiences have shaped their lives and careers back in Ireland.  And while doing this, we will touch on some global issues affecting Ireland, Europe and Latin America.

Programme 4: The Irish in Solidarity, Casement and Human Rights 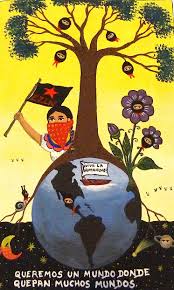 In this programme we will explore the strong humanitarian tradition of the Irish who travelled to Latin America. We hear about Roger Casement and his humanitarian work in Peru and for which he is considered “father of twentieth-century human rights investigations” with the help of Angus Mitchell is a historian and cultural critic who has spent the last twenty years investigating the life and legacy of Casement.

We are joined around the table by Sean O’Connell and Lynda Sullivan. Sean graduated from UCD in 2010 with a degree in Law and later completed a Masters in Human Rights Law from the University of Nottingham. Sean volunteered on the Nicaragua 2010 project and returned as a Team Leader in 2012 and 2013. Sean held the position of UCD Volunteers O Programme Assistant in 2012/2013 and joined the Board at the end of 2013, and Lynda O’Sullivan, a human rights activist from Belfast, who was involved in this peasant struggle in Celendin, Peru against Yanacocha a most powerful gold mining company.

Produced and edited by Sally Galiana. Narrated by Mary McNamara. Our special thanks to Ámal Abordán, Education Coordinator and Office Manager of the Latin American Solidarity Centre (LASC) and Irish Aid for their support.

This programme was produced by Near FM and LASC, with the support of the BAI’s Sound and Vision scheme and Irish Aid.

The Irish Latin American Connection – Programme 3: The Cause of Justice, the Cause of Love,” Nicaragua