NearFm volunteer Niamh Griffin travelled to Uganda in September to meet with surgeons and interns who train with the help of Irish surgeons.

Irish surgeons at the Royal College of Surgeons Ireland in Dublin have developed a website called ‘School for Surgeons’ which gives interns access to online training. This exciting project runs in 9 African countries, and is funded by Irish Aid.

In the 3-part documentary which airs on Tuesday November 13th, November 20th and November 27th  at 6pm you will meet the Ugandan surgeons and find out why they need this website.

Niamh’s trip to Uganda was supported by the Simon Cumbers Media Fund.

Simon Cumbers was an Irish journalist who was killed while working for the BBC in Saudi Arabia in 2004, at the age of 36.

You can read more about Simon Cumbers here: http://www.guardian.co.uk/media/2004/jun/08/broadcasting.guardianobituaries

And about the media fund here:  http://www.simoncumbersmediafund.ie/ 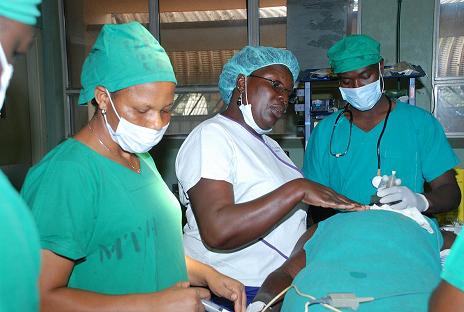