Poem of the Week #2 – Digging by Seamus Heaney

Poem of the Week #2 to commemorate the Good Friday agreement,  is Digging by Seamus Heaney and read by ER Murray.

Produced and presented by Morgan O’Reilly and Near FM. Poem of the Week is made with the support of the Broadcasting Authority of Ireland with the television licence fee. Thanks to Dublin City Council for their promotional support towards the project. 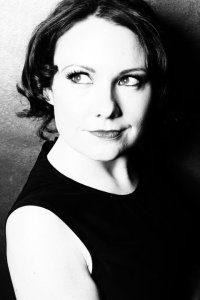 Poem of the Week invites you to listen to contributors recite some of their favorite poems and talk about what these poems mean to them. Featuring some of Ireland’s most exciting new voices such as Jessica Traynor, Kate Dempsey, Stephen James Smith, and Alan Jude Moore alongside local people and community activists from the North Dublin area, this series offers a unique and diverse range of contributors.

Each week the featured poem will also commemorate a significant date in the calendar year fostering new and challenging perspectives into poems you thought you knew. The poems have been selected with the advice and support of Ireland’s former Professor of Poetry Paula Meehan, a post previously held also by Seamus Heaney.

Poem of the Week #48 Birthing the lamb by Jane Clarke