Hedy Lamarr: The Most Beautiful Woman in Film 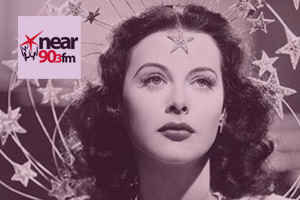 A talk by Professor Ruth Barton, School of Creative Arts,  as part of the Women’s Stories series, a collaboration between Near FM Community Radio and the Trinity Long Room Hub.

When Hedy Lamarr (1914-2000) made her Hollywood debut in the 1938 exotic adventure, Algiers, Time magazine reflected the popular response to her on-screen presence, branding the young Viennese emigre a ’smoldering, velvet-voiced, wanton-mouthed femme fatale’. Since her death and even somewhat before that, Hedy Lamarr’s reputation has grown. To quite a large extent, this has been because of her increasing fame as an inventor. During the war she, with American avant-garde composer George Antheil, invented a long-range torpedo missile device that was patented, but never used. Instead, she was encouraged to put her beauty rather than her brains to the service of the American war effort, raising many millions of dollars in war bonds. Her career, meanwhile, fell prey to new postwar expectations of women’s roles and to her own reluctance to do anything other than, in her own words, ‘stand still and look stupid’ on screen.

This talk considers Lamarr’s dilemma and the tensions between beauty and intelligence, which have not gone away. It may have become easier for women in science since Lamarr’s invention was rejected, but prejudice around what constitutes appropriate careers for women lingers on to the detriment of scientific exploration.

Supported by the Broadcasting authority of Ireland with the Television licence fee.

Women in Music Technology: Analog On

Women’s Stories – How We Imagine Her: Giulia Farnese from Source to Screen