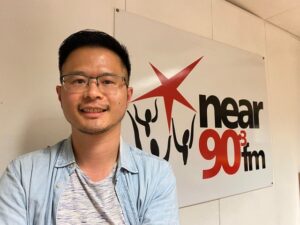 In this episode, we will speak with Andrew. He was born and grew up in London from a family of Hong Kong Chinese ancestry. He has BEng in Broadcast Engineering and can speak English, Cantonese, German and some Polish.  Having worked as an English teacher in several different countries for over 13 years, he came to Dublin in 2013 and originally only intended to stay for a year before pursuing new adventures further abroad. However, not long after he had arrived, he quickly made new friends and fell in love with the city – which has now become a home from home! While living here, I have seen some huge legislative and political changes both in Ireland and the UK, but ultimately it was Brexit that has had the most profound effect on him. Not wanting to eternally relinquish my EU status, he went on a personal quest to reclaim this by applying for Citizenship here in Ireland.  Although he was a British Born Chinese, he does hold dear his Cantonese heritage and would like to collaborate with those seeking to promote the language and practise speaking it in and around the capital.  Check out his Facebook group: – I LOVE CANTONESE https://www.facebook.com/groups/731096991144326

Asian Talents is a talk programme presented by Alice Chau, that represents the Asian community and featuring Asian people that are contributing to Ireland in their own niche.The programme is bilingual in Cantonese and English.