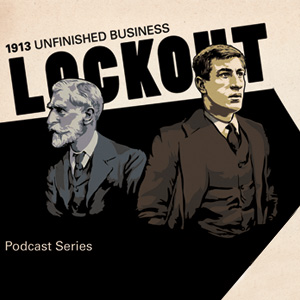 The introductory podcast of the 1913 Unfinished Business series on the centenary of the Dublin Lock-out. The team look at Ireland and Dublin in the early twentieth century and introduce two of the key protagonists of the battle, the ITGWU’s Jim Larkin and the employers’ leaders William Martin Murphy. Historian Dr. Conor Kostick speaks about the genesis of the Lock-out, its politics and how it developed. We finish by asking what relevance the 1913 Lock-out has in our society one hundred years on.

The Society of St. Vincent de Paul SVP Ireland in 2021 – Near FM