​​​​​Sinead Gleeson, editor of The Long Gaze Back talks to Norma Burke about the anthology’s selection for One City, One Book 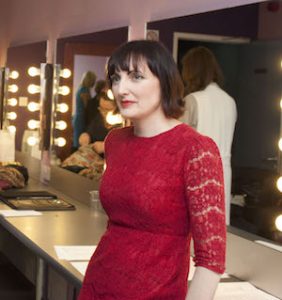 Dublin: One City, One Book is an award winning initiative by Dublin City Council to promote reading and books to everyone in the city. It’s led by Dublin City Libraries and and every April they choose a book and encourage people to read it through a programme of mostly free events across the year. This year that book is an anthology of Irish women writers called The Long Gaze Back which is published by New Island Books and features short stories from the 18th century up to today.

The editor of the anthology is Sinead Gleeson who is a writer, editor and freelance broadcaster. Her essays have appeared in Granta, Banshee, Winter Papers and Gorse among others. Her short story ‘Counting Bridges’ was longlisted at the 2016 Irish Book Awards and she has a short story in the forthcoming Repeal the 8th anthology edited by Una Mullally. She is the editor of three anthologies including The Long Gaze Back. Her collection of essays Constellations will be published in Spring

Norma Burke chatted to Sinead Gleeson at the launch at Dublin City Library.

For more information on all of the amazing events they are running you can go to www.dublinonecityonebook.ie and also join in the conversation on Twitter under #1city1book.